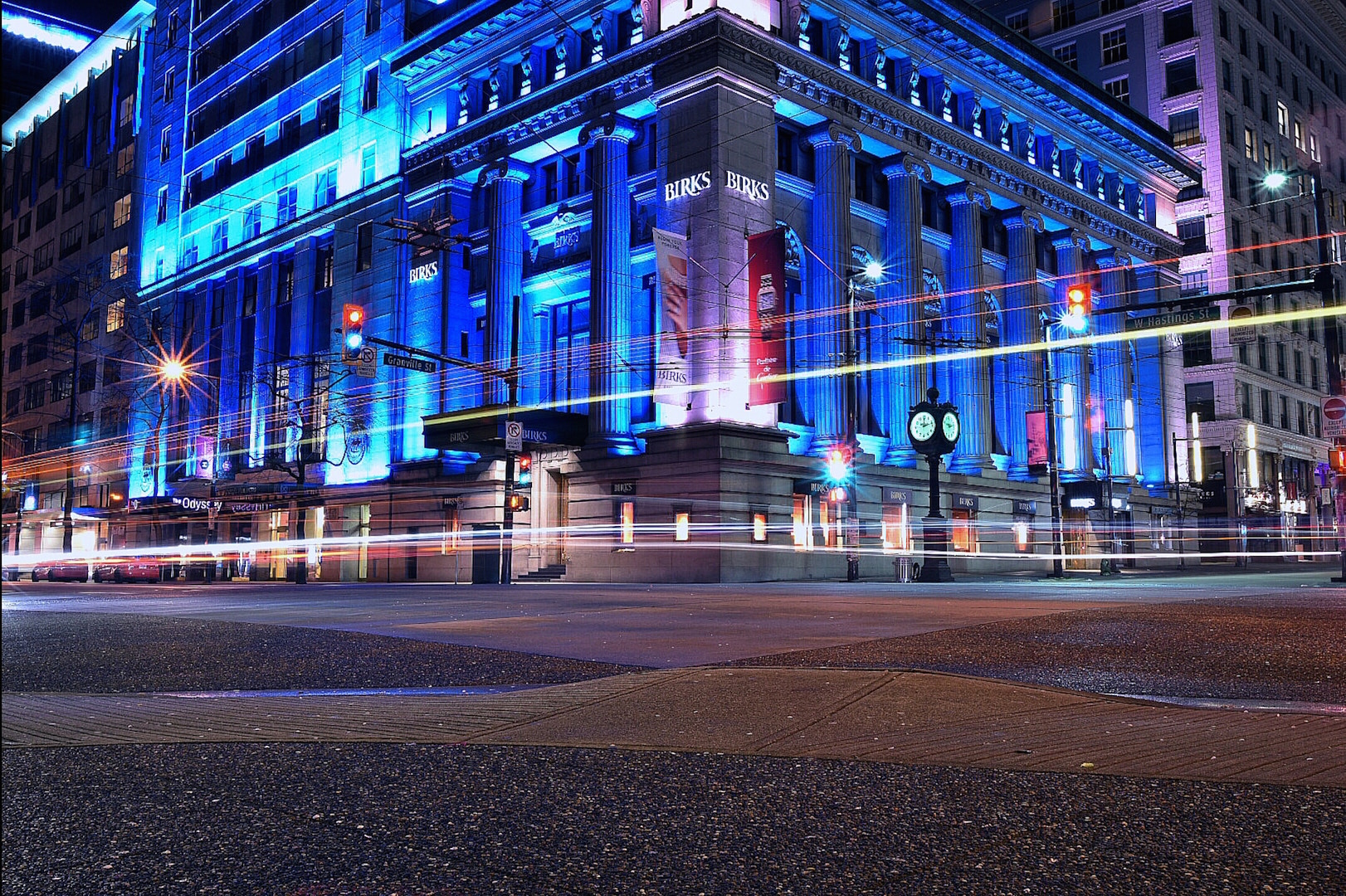 But, that just makes the largest city in British Columbia more appealing. Because of its booming TV and film industry, it’s the fourth-largest industry in all of North America. But, besides the Tinsel town connections, Vancouver can seduce anyone. From diverse cultures  and highly-rated restaurants to historical sites and stunning scenery, this metropolis is Canada’s shining star.

With more than 600,000 people, it’s a big city with a lot to do for everyone. But, before you outline your trip, consider planning the following:

HAVE LUNCH ON GRANVILLE ISLAND

The city’s tour guides take every visitor to Granville Island. Yes, it’s touristy, but it’s essential. It’s a neighborhood south of downtown under the Granville Bridge. It’s defined by its massive indoor public market-where vendors sell fresh fruit, brightly colored vegetables, mouth-watering desserts, regional honey, and homemade soups. Boutiques sell local art and crafts. More than 100 merchants hawk goods daily. When the weather is great (translation – when it’s not raining), it’s bustling with shoppers. You can spend your morning walking around here, but before you leave make sure to try the famous chicken soup at The Stock Market restaurant. The eatery is 30 years old and we think it rivals The Original Soupman’s Restaurant legendary soup in New York City.

If we had to choose a restaurant that’s worth waiting an hour and a half, then Vij’s is the place. It’s not only one of the best Indian food restaurants in Canada, but its also considered one of the best in the world! Owned by East Indian-born Chef Vikram Vij, the restaurant opened in 1994. Since then, Vij’s has opened a number of other restaurants and appeared on cooking shows on Food Network in Canada. So, what makes it so stellar? It’s the simplicity and authenticity of the Indian cuisine. Simply put, it’s finger licking good food. Our menu favorites? The samosas filled with lamb and beef sautéed in fennel and sumac, and the grilled sablefish in yogurt-tomato broth on navy bean and onion masala. Make sure you go in hungry.

There’s no better place to eat with a view than Cardero’s Restaurant in Coal Harbour Marina. The service and the atmosphere are above par. And it prides itself on serving mainly seafood. In fact, the restaurant’s slogan is “We Are Fish.” For starters you might try the Harbour Platter appetizer with prosciutto, seared albacore tuna, chilled prawns, hummus, feta roasted tomatoes, olives, and pita. Lunch and dinner items include Atlantic lobster, jumbo prawns and grilled scallops along with signature dishes of steaks and burgers. Another thing that helps Cardero’s stand out is the vast selection of organic, international, and regional wines offered. Wine connoisseurs will be impressed for sure.

TAKE A STROLL IN STANLEY PARK

Although more people visit New York City’s much older Central Park, Vancouver’s Stanley Park is actually larger. With more than 1,000 acres, it was once voted the #1 park in the world by TripAdvisor. The pride and centerpiece of this city has restaurants, wildlife, monuments, playgrounds, and an aquarium. It’s surrounded by Vancouver Harbour and miles of forest. Rich history and heritage is shown here through monuments including: the Japanese Canadian War Memorial honoring Japanese residents who lost their lives in World War I; a statue of Harry Jerome, who competed in the 1912 Summer Olympics; and nine wooden Totem Poles, illustrating the stories of the first inhabitants of Canada. It’s a great place to learn about the complex history of the country.

The vast majority of meals you eat will be in restaurants. But, try switching it up, and cooking for a change. How about cooking with a world-famous chef at a highly regarded culinary school? The Dirty Apron Cooking School & Delicatessen is the perfect place to do it. Owned by chef David Robertson and his wife Sara, the school has daily cooking classes and the selection might even impress the famed Le Cordon Bleu Culinary Schools. You can take a four-hour cooking class and learn authentic Italian cuisine or how to create the perfect tapas or lessons on French food, inspired by Julia Child’s “Mastering the Art of French Cooking”. Of all the things to do in the city, this might create the most memories.

First, people watch – then shop on Robson Street. You’ll see some of the priciest chain retailers and expensive cars in all of British Columbia here. Even the commercial rental rates are some of the highest in the country with a square foot of rental space costing more than $200. We know there are certainly cheaper places to eat and shop, but this street is great to visit just to check out the finer things Vancouver has to offer.

SEE THE CITY FROM THE LOOKOUT TOWER

Vancouver’s landscape is striking, and the best place to see it is from the Lookout Tower inside the Harbour Centre Building. This skyscraper is a favorite because of its 360-degree viewing deck. Video and picture taking begins even before you reach the deck, with glass elevators taking you to the top in 40 seconds. Catch one of the daily tours which costs between $8 and $16. You can ditch the tour, and opt to dine at the Top of Vancouver Revolving Restaurant, just one floor above the deck. It’s 553-feet above street level with the same panoramic views, except it moves like a turntable giving customers the chance to see the city, the mountains, and the sea without leaving their seats. Reservations are a must for this in-demand restaurant.

Gastown is steep in history. It’s designated as a national historic site in Canada and ranked fourth on Complex magazine’s list of 50 most stylish neighborhoods in the world. You’ll not only find popular bars, tasty restaurants, eccentric nightclubs, and shops; you’ll also find business offices filled with architects, lawyers, artists, and a growing number of start-ups. The Vancouver International Jazz Festival and the Global Relay Gastown Grand Prix happen here as well. Like Granville Island, Gastown is a place that defines old and new Vancouver. 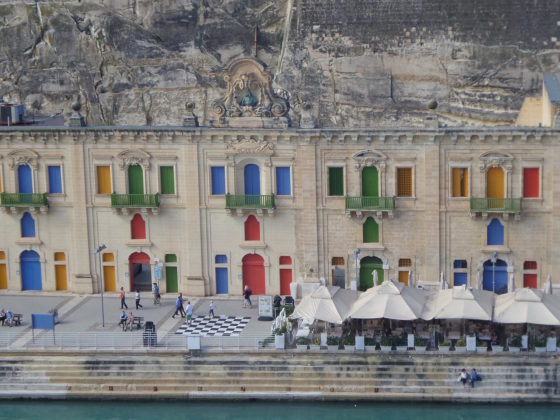 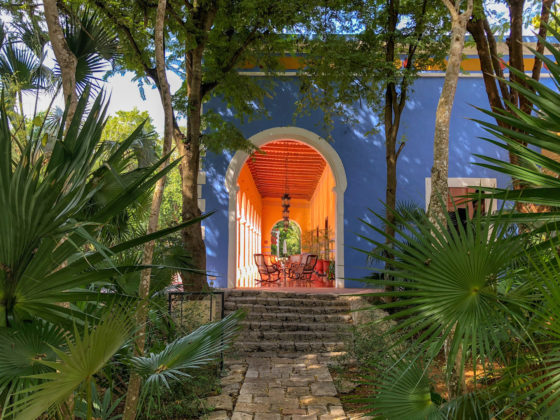