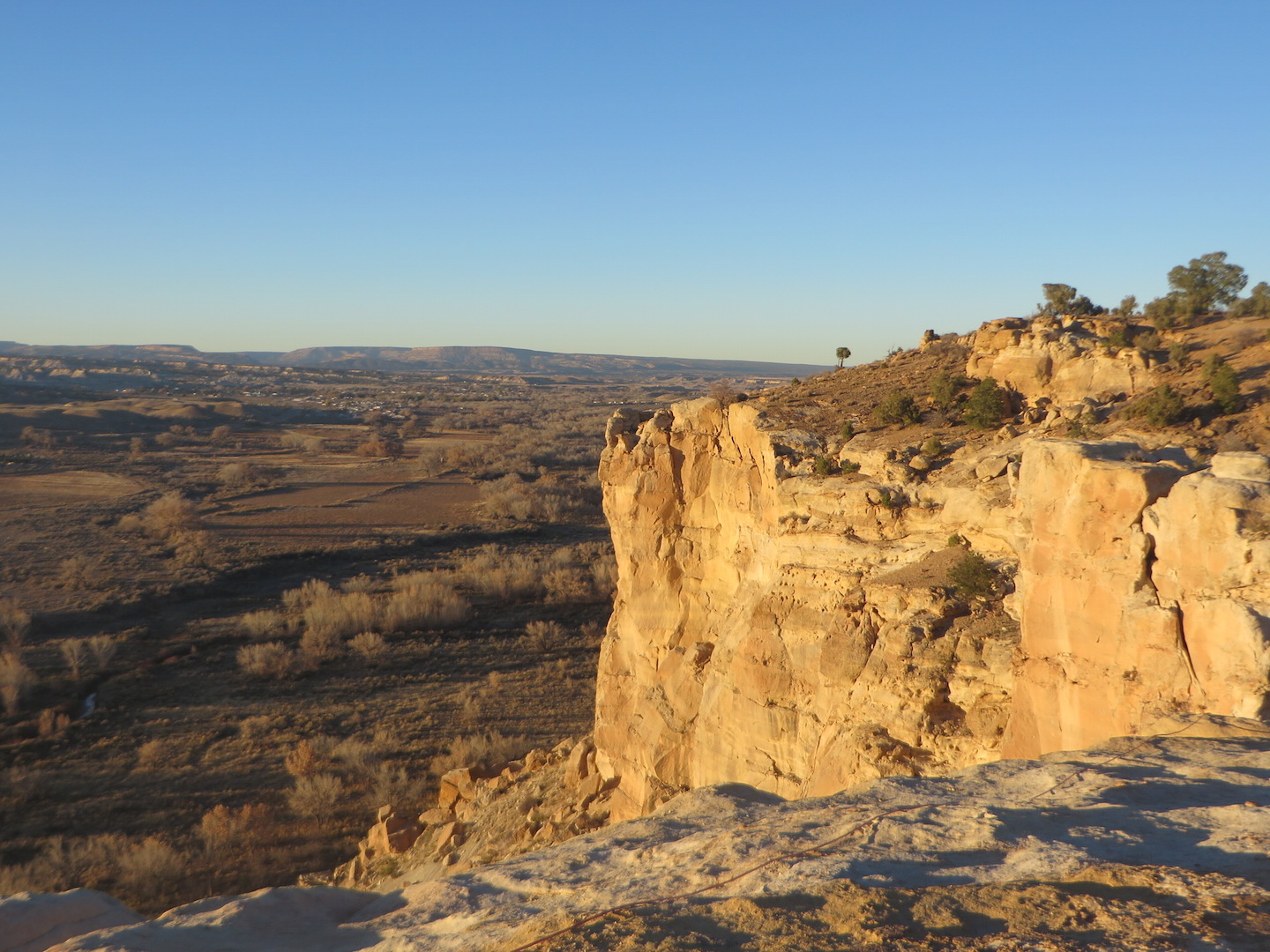 I’ve stayed in a number of interesting accommodations over the years, including an ice hotel, treehouse, yurt and even an Earthship. But, I think the most unique place to date has to be a cave. You’re probably thinking, as I did initially, that such subterranean quarters would be dark, damp and claustrophobic. Kokopelli’s Cave, however, isn’t anything like you’d imagine. It’s akin to a five-star B&B, complete with all the amenities you’d find in a luxury inn.

This unusual lodging option is a northern New Mexico gem and though it may be hidden from public view, it’s actually an international phenomenon, booked solid months in advance. The place has received rave reviews in numerous magazines and newspapers, and has been featured on T.V. shows such as “CBS This Morning” and the “The Oprah Winfrey Show.” It’s also been ranked third in the world for “unusual accommodations” by National Geographic.

The story begins in 1980 when Bruce Black, a retired rear admiral and professional geologist, had the idea to build his office in a cave. He owned land in Farmington, New Mexico, where he had been living and working as an explorative geologist for the Shell Oil Company, and then later as a consultant. He was inspired by American Indian architecture and wanted to create a hideaway reminiscent of those of the Anasazi, but he discovered that logistically, there were challenges. “I came to the conclusion that it would be unrealistic for my clients, especially those who were older, to be expected to navigate their way down to the cave to see me,” explains Black. At this point, he had already spent $20,000 to blast the rock in a 65 million year old sandstone formation above Farmington and had lowered a Bobcat® down to excavate. A decade went by without Black doing anything more and then his son Buzz returned home from his stint in the U.S. Armed Services. “He encouraged me to finish the place and then he actually lived in it for a year,” adds Black.

Eventually, a newspaper got ahold of the story and the calls started to come in fast and furious from people all over the country who wanted to stay in the cave. Black, realizing its potential, decided to open the place as a B&B and the rest, as they say, is history. The first guests started arriving in June of 1997 and they haven’t stopped since, with word of mouth generating momentum and popularity. They come from all corners of the U.S. and from around the globe, as far away as Australia. Those who make the trip do so for various reasons. “We have people who are on vacation, traveling through the Southwest,” says Black. “Then there are those who are celebrate special occasions such as anniversaries and birthdays. We’ve even had a few wedding proposals happening right here.”

The place is built into the vertical cliffs overlooking the beautiful La Plata River Valley some 270 feet below. From the cave and the cliff tops, you have a panoramic view across the Four Corners flatlands with iconic Ship Rock peak (a sacred site for the Navajos) rising in the distance, nearly 35 miles to the west, along with Arizona’s Carrizo Mountains and Colorado’s Ute Mountains. The area is considered a hub for visiting major Native American sites including Chaco Canyon, Mesa Verde, Aztec Ruins National Monument and the Four Corners Monument.

The cave itself is 70 feet below the surface and the entrance is located in the cliff face. Getting to this man-made wonder is part of the adventure. First, you will check in at the manager’s house in Farmington. There, Gayle Davis will warmly greet you and hand you a walkie-talkie for communication purposes. You’ll need to follow her in your car. You’ll traverse the dirt road leading to the cave, and she’ll point out some landmarks to remember to keep you from getting lost as you leave the area. There’s also a map provided, but better to pay close attention to the visual markers mentioned. Once you arrive at the parking area atop the cliff, you’ll need to take your things from the car to prepare for the next part of the journey. Wheelie bags have no place here. Backpacks are strongly recommended since you’ll be climbing down a set of hand-hewn carved stairs, in mountain goat fashion. The steps form switchbacks and thankfully, there’s handrails for assistance. Along the way, you’ll see cliff walls detailing ancient fluvial channel streams which are preserved in the stone. You’ll also see coal deposits and samples of petrified wood in the stream beds. According to Black, you’ll pass through five prehistoric periods before arriving at the door to the cave.

Your first step into the cave will certainly be the most memorable. It’s one of those jaw-dropping moments when you realize just how amazing this hideaway is and you gasp in astonishment. It’s huge! 1,750 square feet of living space to be exact, with eight-foot ceilings. There’s a spacious master bedroom with a deck, accessed by a sliding glass door; a well-appointed kitchen, which leads to a dining area adjoining a replica of a Native American kiva (underground chamber) or underground chamber with a wood-burning horn (fireplace); and a bathroom that boasts a waterfall shower and flagstone hot tub. The living room has plush carpeting, a queen-sized sleeping sofa, full-sized futon and two recliners, along with a TV and DVD/VCR player complete with an ample selection of movies. There’s also a sliding glass door at the entrance, leading to another porch. Here you can barbeque using the available grill, while enjoying a fiery sunset. With the exception of the bedroom and bathroom, all the rooms are situated around a central sandstone pillar, which separates the cave into its component spaces.

Of particular note is the kitchen. It’s one that Wilma Flintstone would have lusted after, as it contains a stove/oven, microwave and fridge. And it’s completely stocked with an assortment of breakfast and lunch items. No meals are served at Kokopelli’s, but there’s plenty of food available, and you are encouraged to bring your own fixings for dinner. Or if you want to dine out, you’re free to drive back into town where a number of restaurants are located. Most people prefer to eat in, as they aren’t interested in navigating the winding, bumpy roads in the dark with the chance they might get lost.

As the cave is truly a destination in itself, you’ll want to spend time just savoring all of its unique elements. It’s a cozy, comfy abode, with a consistent temperature of 68 to 73 degrees Fahrenheit year-round. In the summer, it’s nice and cool thanks to the insulating stone, and plenty warm in the cooler months. There’s light coming through the glass doors, and floor lamps to illuminate the space. Black’s wife and daughter are responsible for the lovely décor, which features handsomely crafted southwestern-style furniture and touches of Pueblo pottery, Navajo rugs and sand paintings. Previous guests have added to the ambiance by inscribing small rocks with family names and expressions, which are then piled into baskets or set along the walls.

For Black, the B&B has been a labor of love. He takes pleasure from the feedback he receives, which is always incredibly positive. “The vibes about this place are wonderful,” he comments. “Everyone loves it, which is so gratifying to me.” The numerous three-ring binders full of comments are a testament to the special feelings the cave elicits in its guests. They note its posh “cave comforts,” fascinating geological features, inspiring views, the diverse array of critters that make their homes in the area, and most of all, the peace and quiet that comes from being nestled inside this distinctive dwelling. 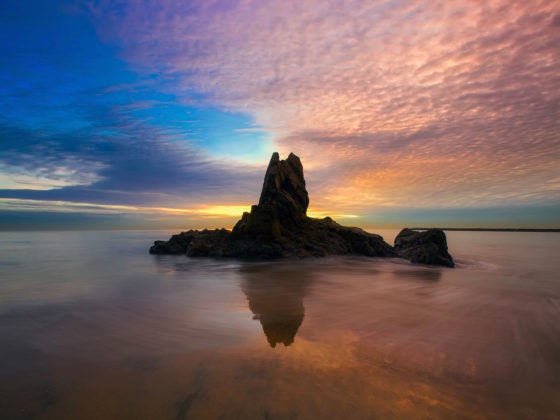 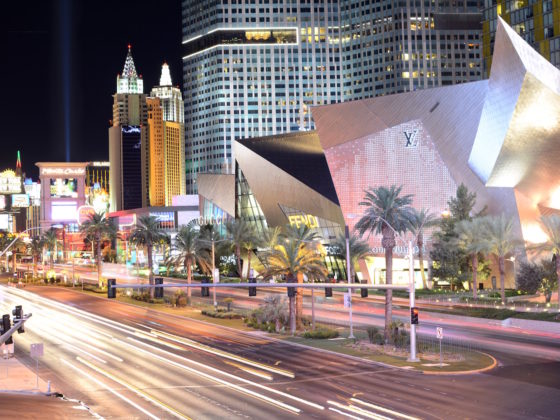