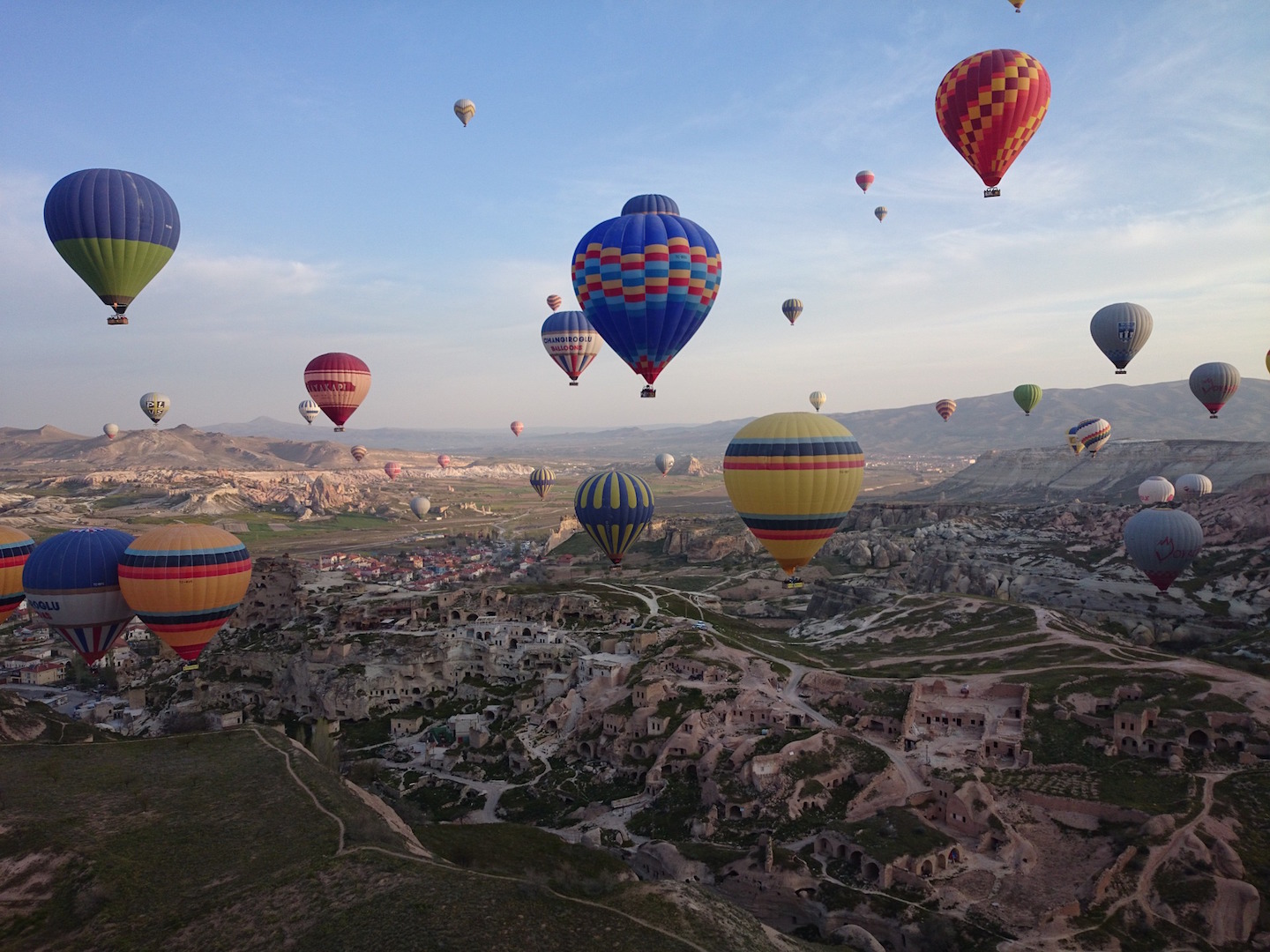 Gazing at the lunar landscape below me, I feel like I’ve landed on Mars or perhaps dropped into one of Dalí’s surrealist paintings. Picture a spectacular topography of vast plains and valleys, rolling hills, rugged mountains and extinct volcanoes. Then visualize bizarre rock formations or “fairy chimneys,” in mushroom, pinnacled, capped and conic shapes, scattering the area and giving it an otherworldly appearance.

It’s easy to believe I’m on another planet. But no, I’m in Cappadocia, a region that stretches across 1,500 square miles in central Turkey, about 200 miles south of Ankara, the capital. And I’m seeing it from a bird’s-eye perspective, as I float over the area in a hot air balloon. It’s a magical experience that provides an unforgettable overview of this unique terrain. At times, the balloon seems to hover so close to the fairy chimneys I can almost reach out and touch them. Up close I can appreciate their formation – the result of volcanic eruption, earthquakes and the ongoing effects of erosion. Then the balloon skims the tops of apricot orchards and scrub trees before appearing to head straight for a sheer rock wall.

At the last moment, with just inches to spare between our basket and the craggy edge, we gracefully rise over the lip of the canyon, just in time to watch a breathtaking, fiery sunrise. Villages look like giant anthills and the formations remind me of drip sand castles at the beach. It’s a clear day and the view stretches hundreds of miles to Mt. Erciyes and beyond. I don’t want the flight to end, but all too soon, we descend to our landing place and I make my less-than-graceful exit out of the balloon. And now it’s time to move on and explore the area on terra firma.

Cappadocia has a lengthy history and cultural treasures abound, reminding visitors of the land’s colorful past. The region is littered with hundreds of caves, tunnels and complex underground cities, which were first created by pagan Hittites over 3,000 years ago. Locals carved out their homes and churches in the soft volcanic rock or “tufa,” and then created cities underground to protect and defend themselves against the various populations who came to claim this coveted, strategically located area. When under siege, the community would roll a huge rock across the entrance to its subterranean fortress to seal it from the outside.

At the Göreme Open Air Museum, an extraordinary monastic complex dating back to A.D. 900-1200, you can see numerous rock-hewn churches containing some very well-preserved frescos, along with refectories, kitchens, storage rooms and more, all built into the rocks. On the walls there are wonderful examples of iconoclastic period art when the depiction of living forms was forbidden, as well as representations of Byzantine-era painting. You’ll note that the eyes of the saints are missing. Years ago, the locals, wary of the evil eye, scratched them out.

One of the most impressive underground cities you’ll find is Kaymakli. This cavernous rabbit warren once sheltered 3,000 beleaguered Christians. As you make your way through the maze of tunnels, be prepared to duck and crouch. A low passage leads from the stables to eight subterranean levels, four of which are open to the public. On display are churches with carved-out altars, wineries (rooms with basins cut into the ground), storage areas and kitchens. Over 200 intact cities have been found beneath Cappadocia. Experts believe there are many more of these ancient time capsules waiting to be discovered.

If you still haven’t gotten your fill of Cappadocia’s remarkable formations, head to the Devrent Valley, also known as Pink Valley. It is famed for its animal-shaped rocks and is akin to a sculpture zoo made by nature. Let your imagination run wild as you pick out camels, seals, snakes and dolphins among this remarkable rosy-tinged moonscape. And don’t forget to visit Valley of Paşabağ, where you’ll find some of Cappadocia’s most striking fairy chimneys, with twin and triple mushroom-style rock caps. A chapel and hermit’s shelter are built into one of the three-headed chimneys.

Two natural castles, Ortahisar and Uçhisar, also deserve mention. They are rock fortresses, honeycombed with caves and tunnels which were once used by the Byzantine army. These larger-than-life sculptures represent the region’s most prominent land formations and offer unparalleled views of Cappadocia’s magnificent panorama.

To complete your experience, opt to stay in one of the many cozy, comfortable cave hotels either in the upscale town of Ürgüp or in the backpacker haven of Göreme. You’ll feel a bit like the Flintstones of Bedrock! 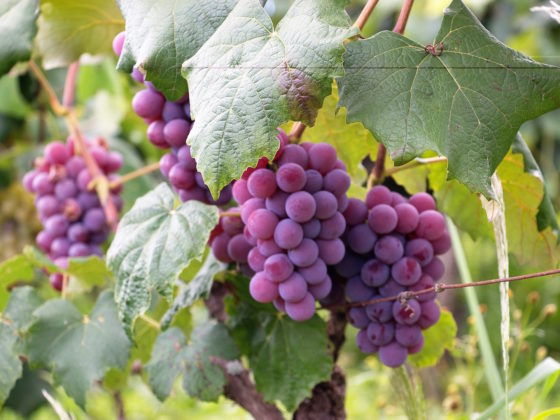 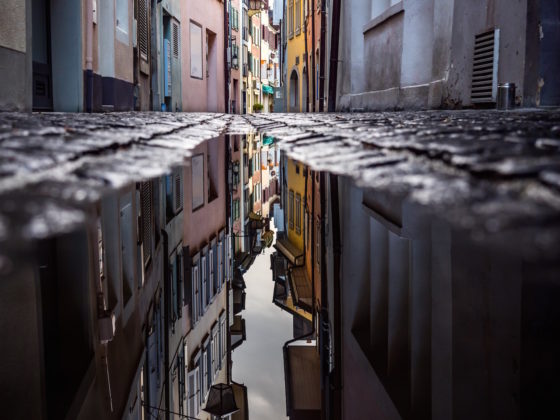 @TravelerCon
Definitely cutting through the noise in the #travel #tech space https://t.co/r7CI46OU7G
269 days ago
An interesting case for finding new revenue in a media market! https://t.co/Aqtp47Sv0j
over a year ago
If you’ve ever been to Juan-les-Pins in France, then you’ve no doubt visited near by Port Camille Rayon. This Marin… https://t.co/x0lVyF9hAl
over a year ago
The @FSCostaRica is situated in the Peninsula Papagayo area of Costa Rica and it’s in a world of its own. The 1,400… https://t.co/3kWavNa0WL
over a year ago
Follow